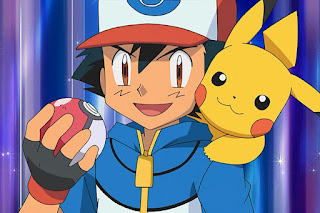 Remember Pokémon Apokélypse? A 2010 short film directed by Kial Natale and produced by Dylan Innes and Lee Majdoub, it's a fan-made live-action film based on the Pokémon franchise. Well, it seems that 6 years after the release of that short film, Nintendo is getting into the action.

Entertainment sites had said that Nintendo is trying to get a live Pokémon movie off the ground and several Hollywood studios like Legendary Entertainment, Warner Bros., and Sony were interested. No word yet on whose getting it or even who is the target audience for the live-action movie (would kids with their cartoons want to see a live movie?), but it's an interesting idea to say the least.

Of course the history of turning games to movies is filled with losers and disasters, but with Assassin Creed and Warcraft on the horizon, I guess it make sense for Nintendo to give this a try. I just hope they don't screw it up.
Posted by Ghost at 2:54 PM