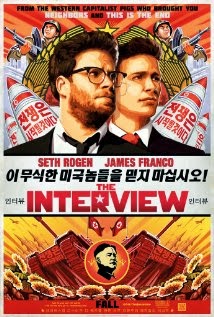 Movies leaked to the public before their opening is not a new phenomenon. For example, Sly Stallone’s Expendables 3 was leaked before its release date. However when 5 movies from Sony got leaked, things became very different.

This is because Sony indirectly blame North Korea for its troubles!

The problem streamed from an upcoming Seth Rogan movie, The Interview. The movie, starring Seth Rogen and James Franco, has two reporters enlisted by the CIA to assassinate North Korean leader Kim Jong-un after been granted an audience with the dictator. North Korea called the movie a “war action” and even complained all the way to the United Nations on the matter.

Now sources are saying the possibility that North Korea may have targeted Sony is being seriously investigated. Now usually, I’ll be one to discount such nonsense but in this case, a few things point to this possibility. First; The Interview was not one of the movies that had been leaked. And second; no one from North Korea has come out to defend themselves from the charge. So you know what I would say to Sony right now?

I say…RELEASE THE MOVIE RIGHT NOW!

A rogue nation is so upset with the movie that they (might have) hacked the system of the studio releasing it and tried to hurt the studio by illegally leaking its movies! OMG, this is a marketing dream! You know how much publicity this movie has right now? Even people who had no intention to watch a silly comedy from Seth Rogan will now want to watch it. Some may even do it just to stick a finger to North Korea. I mean the (alleged) actions of North Korea just increased the profile of the movie ten times (at least).

So strike while the iron is hot. Don’t wait Sony; release the movie immediately!
Posted by Ghost at 5:09 PM