The Passing Of A Legend 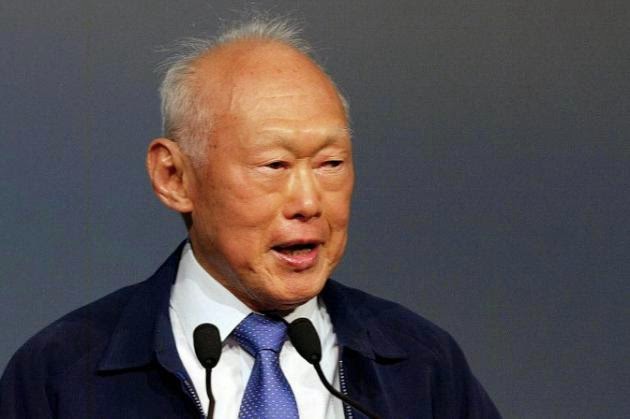 Everyone knew it was coming, but it is still with great sadness when word finally came that former Singapore Prime Minister, Lee Kuan Yew, has passed away.

The 91 year-old Mr. Lee has been hospitalized since early February with severe pneumonia so news of his passing came as no surprise. However, such is his stature that even Singaporeans who do not agree with his political views will mourn his passing. Mr. Lee Kuan Yew is widely credited as the man who transformed Singapore from a small port city into a wealthy global hub. He was Singapore's prime minister for 31 years, so he is widely known as the architect of Singapore's prosperity.

It would be slightly incorrect to say he was loved, but respect and admiration are in no short supply when speaking about the man. His toughness and pragmatism were legendary and he will be missed.

Farewell Mr. Lee, Singapore will miss you.
Posted by Ghost at 4:28 PM