Last Saturday, the annual Pink Dot was held at the Speakers’ Corner. To show their support of the lesbian, gay, bisexual and transgender (LGBT) community, organizers of the event encouraged people attending to wear pink.

In this argument between Pink and White, I have to say the White won it handily.

I say this not because Singapore is a conservative society and most Singaporeans, especially the older generation, are against homosexuality; I say this because the Pink Dot organizers did not know how to response to the Wear White campaign.

Take what Pink Dot spokesperson Paerin Choa said about the Wear White campaign. He said that “I won’t say that we’re normalizing it, I’d say that we are exposing people to the truth of what being LGBT means” and that the event is solely about “inclusiveness and diversity”. So far so good, but then he went and put his foot in his mouth saying that the organizers support the repeal of Section 377A (which criminalizes sex between men).

I’m sorry but I have no idea what that means! You cannot say you are just “exposing” people to the community and then at the same time say you want to repel a standing law. That doesn’t make sense. There’s a world of difference between community outreach and repelling a law which has been in the books since 1938. The organizers of the Pink Dot need to have a clear focus on actually what the event is standing for.

Take pastor Khong as an example. Pastor Khong fully support keeping Section 377A, and even released a statement on the eve of the Pink Dot event saying the Pink Dot movement is an example of the “decline of moral and family values". Say what you want of the man but no one can question where he stand on the issue and his ability to move people. I mean the man got over 6,400 Christians to dress in white to attend a special “family worship” service.

The response from Pink Dot? Almost nothing. When push came to shove, the organizers just did not know how to response to the Wear White campaign and that’s why they lost the argument. Better luck next year. 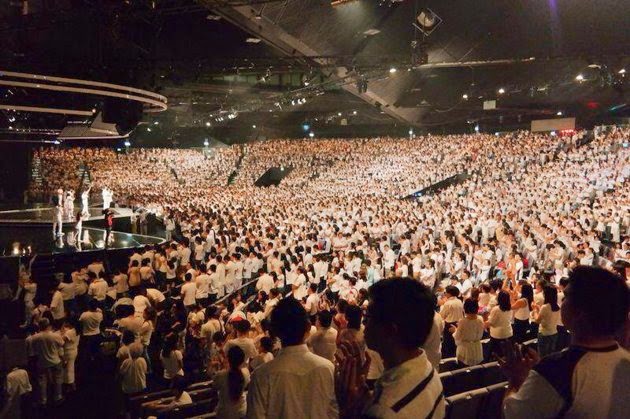 It's only a matter of time before the white loses. See the many examples in developed countries. It might take a generation or two for Singaporeans to overcome this stigma.

That is something that MIGHT happen in the future. This is the here and now.